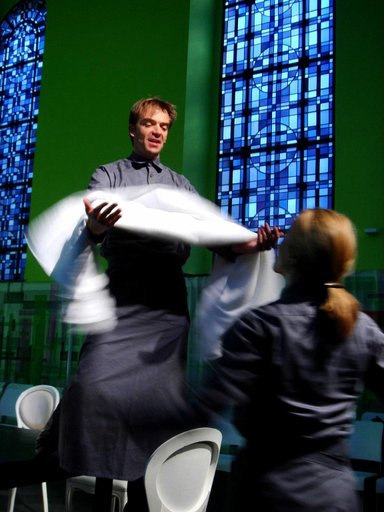 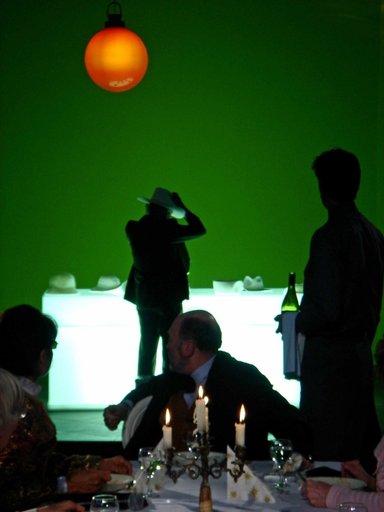 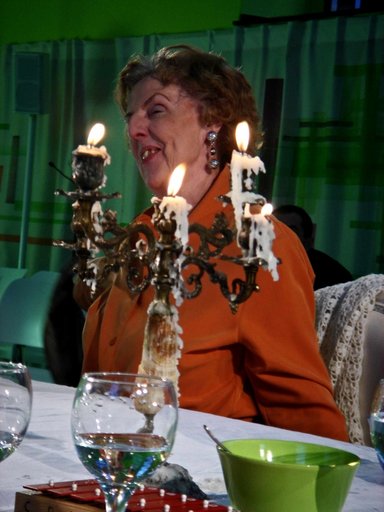 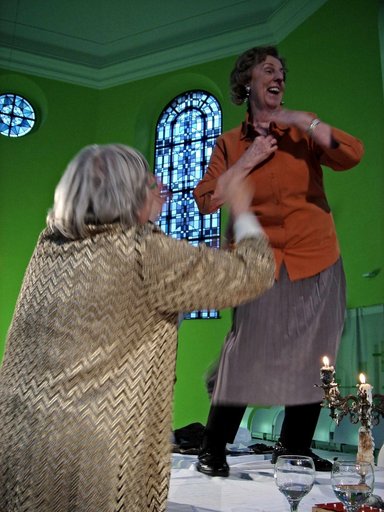 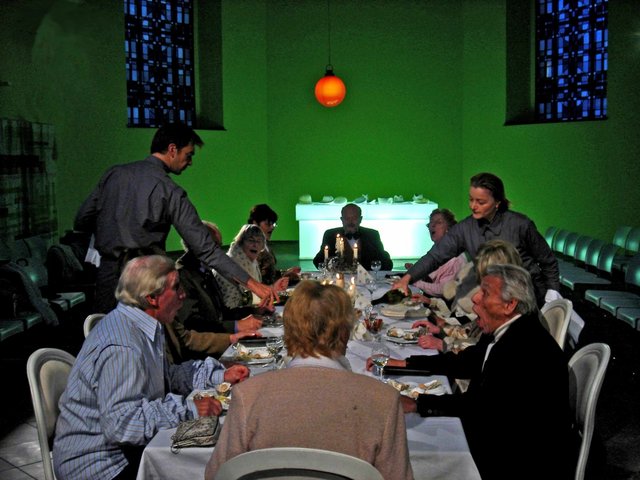 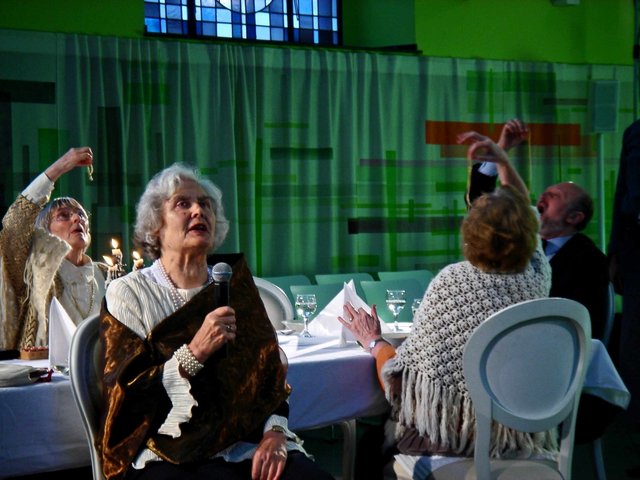 the starting point for a new music theatre production we are staging. At a time when the Western world is preoccupied with Islam and the influence of the Arab world, the values of Christianity are also under renewed scrutiny. The Ten Commandments can be considered the foundation of our German constitution (Basic Law). Most of the commandments are as relevant today as they ever were, even if they are not always acknowledged as Christian principles.

"Honour thy father and mother" is the oldest generational contract. The obligation of the middle generation towards the older generation was a matter of life and death in the pre-Christian era. In the Federal Republic of Germany this obligation became an (anonymous) solidarity pact that is now in the process of being dissolved. Our society is still searching for a humane attitude to its aging population. This angle will be the main focus of our stage production.

It wasn't until the 19th century that the Fourth Commandment became an obligation for children imposed by their parents (be well-behaved). The fact that the verb "honour" has given way to the more passive notion of "respect" has been largely ignored until now. We aim to put the respectability of parents under the microscope and highlight it as a social problem.
For instance, schools no longer expect parents to meet their obligations, instead focusing solely on how many extra social workers, child psychologists and other professionals they will need to employ. One low-tier secondary school ("Hauptschule") in Wülfrath has taken a different approach - requiring parents to sign a contract to meet their parental responsibilities - with astounding success.

The principle of duality as it is found in the Fourth Commandment is what we want to apply to our production. On the one hand, there are the many "old people", who are well placed to afford the kind of services in their old age that the family can no longer afford. The social problem only arises with the physical decline of the elderly and the associated moral and ethical obligations.

A group of attractive senior citizens (singers and actors) is dining on exquisite dishes around an elaborately set table. They are among friends and entertain each other with familiar songs from the good old days, reviving memories of the extended families of their youth.

As the facade begins to crumble, their false teeth become stuck in the crayfish and they find themselves no longer able to pay the waiter. The evening dress slips out of place, the fine glassware shatters and cultivated conversation mutates into baby food babble.

The hired help changes from waiter into caregiver and starts telling fairytales:

"The Old Grandfather and His Grandson", The Brothers Grimm
Once upon a time there was man as old as the hills. His eyes had clouded over, his ears gone deaf and his knees trembled. Now when he sat at the table, he could hardly hold onto his spoon, as he spilt the soup on the tablecloth and dribbled some of it onto the table. His son and daughter-in-law were revolted by all this, so the old grandfather was finally forced to sit behind the stove in the corner while they fed him his meals from a little wooden bowl.(...) As they sat there, his little four-year-old grandson gathered up little pieces of wood he had found on the ground. "What are you doing down there?" asked his father. "I'm making a little trough", replied the child, "for father and mother to eat out of when I grow up."

The "grandchildren" make an entrance. They are young people who have grown up in children's' homes and associate rejection and violence with "parents". In the course of our rehearsals, a decision will be made as to how they will be presented on stage: in film sequences, soundtracks or by appearances in person.

This form of production based on different associations, brings together various images of our society: social trends, family definitions and the views of theologian Johannes Taschner.

We believe that this production will contribute to the current debate about where our society is heading. By presenting the extremes of the argument in a dramatic way, attention will be drawn to the real essentials.

The music
Experience of what is real / identity

The starting point and source of the music composed for "Honour thy father and mother" is the German-language folk song, and in particular, a number of songs from the 18th and 19th century. The songs will be musically stylised by the electronic musicians of the TEXTxtnd/Frankfurt ensemble and placed in new sound contexts with the help of electronic aids. The folk song is understood as indicative of historic memory, as the location of an archive that is not so much read as subjected to a selective, mechanical process of perception; a complex system of filters, couplings and suspensions of mechanical scanning commands. In this sense, identity is not something to be semantically understood from experience and tangible objects, but rather something to be deci-phered from moments and glimpses of its tangible presence.

The folk song material will be set against a musical background of noise or rather abstract electronic sounds. While live voices and acoustic instruments will emerge at various times, the electronic sounds will emanate from a spatial "elsewhere" - from a CD or straight from a computer.

Linguistically there will be a progression from the language of the German bourgeois period and word fragments through to primitive sound production and slam poetry.

Johannes Taschner is a lecturer at the Church College in Bielefeld. He wrote his doctoral thesis on the Fourth Commandment, exploring its significance and interpretation for the society of the 21st century. This background discourse provides the basis for formulating a specific parent - child history of our society.

A Co-Production with Stadttheater Aachen